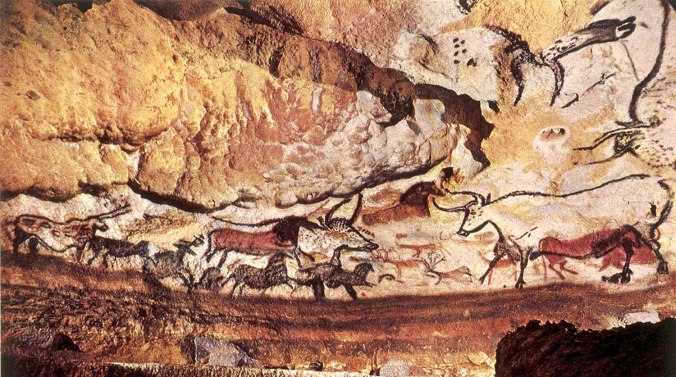 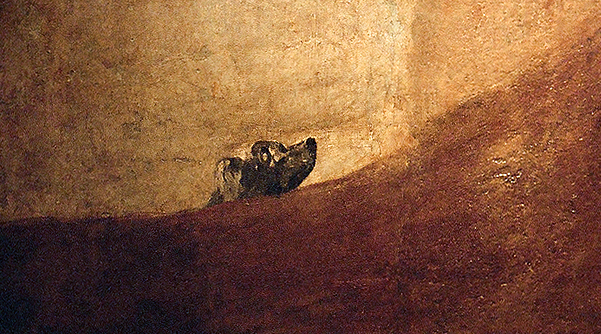 Some days ago, I saw ‘All is lost’, a 2013 film starring Robert Redford and only Robert Redford. It’s a very straightforward movie. The original screenplay was only 32 pages long and it features only a couple lines of ‘dialogue’ (actually monologue since there’s no one else) and from those lines, most of it is just swearing or screaming for help. It’s not the typical survival film. The main and only character doesn’t have a name, it’s just referred to as ‘Our man’ in the ending titles. The film does not make use of the easy aids other similar films use, like voice over narration, a journal of some sort, or an inanimate object becoming a friend (like Wilson in Cast Away). It deals with one of the most terrible aspects of isolation head on: silence. I loved it. I think it’s wonderful. Bold, authentic, profound and even somewhat mystical. It feels very much like a modern retelling of the story of Job. The just man who suffers with no apparent reason. In Job’s book however, the reason for this is simply: we don’t understand God’s reasons and to try to understand them is vanity. In real life the revelation is equally if not even more unsettling to an incomprehensible (sadistic?) God: There is no reason. Things happen and there is no greater meaning to them. At least no other than the one we are able to ascribe to it, or get from it, or make of it.

‘Our man’ in ‘All is lost’ has decided to undertake a dangerous journey in the open sea by himself for reasons we don’t ever find out. When we meet him, he is already in the midst of disaster. A container adrift has crashed into his boat and poked a hole on the side. From here on, it’s all downhill. It doesn’t matter how much he tries, how much he sacrifices, how much he gives of himself to go on, the ocean just keeps knocking him down.

A little over two months ago, I started feeling weird. I started feeling a familiar kind of weird. At times unsettled without a clear reason, as if something terrible was about to happen and I knew for sure. At other times, most of the day, just sad. But a dark, heavy, sticky kind of sad. A hopeless, drowning kind of sad. And at other times, a numbness, as the numbness after walking for long, so long, only to find nothing. As Leonard Cohen would put it: “I stepped into an avalanche, it covered up my soul”.

To this I should add a continuous struggle with money since I arrived in Estonia. A struggle that intensified on the worst possible moment. I came to Estonia without a scholarship, without any kind of financial help neither from Mexico nor from the University of Tartu. I managed to come with the money I got from a book translation coupled with a loan. That money ran off by October last year. During a couple of days back then I ate crackers with mayonnaise. I taught Spanish lessons in a local school, which helped, but by January my only two students couldn’t come anymore. I translated, but being paid in pesos, the money just slipped through my fingers like water. I had to ask for another loan for the second semester. Luckily, a good friend pointed me in the direction of a Mexican scholarship based on “talent”, whatever that is. By the end of April I got it.

There was another glimpse of hope available. By the end of the last semester we were told every year, another tuition waiver scholarship was allocated based on grades. Though I did not understand anything in the first couple of months of the master’s program, I ploughed through. I worked as I had never worked before academically. I poured myself into it totally. I didn’t sleep at all each night before a project, presentation or paper. And by the end of the first semester, I got an A on each of my courses. By the end of the second semester, the same. Meaning up till now, I have an A average grade. A 5 out of 5 GPA. On the first week of September, I was sent a form to formally apply for the tuition waiver. If everything just went along in the way it was supposed to be, I would get it.

In the meantime, the money from the Mexican scholarship ended by mid-August. I was supposed to be able to get the corresponding money for this semester from the same scholarship in August, precisely, however, because of that Kafkian nightmare that is Mexican bureaucracy, I only got the money this past Friday, which means that during two months I had no money. I depended totally on small deposits from family, friends and from my girlfriend, all of whom I know also struggle.

There were a couple moments when I felt I hit rock bottom. One was about a month ago. Here in Estonia you can exchange empty beer or soda bottles for money. 10 cents per bottle. So, one day, I had about 30 cents in my account, and I went out jogging with a plastic bag in my pocket, hoping I would find bottles to exchange for money. In about 5 km I only found one. I pulled the bag and when I unfolded it, I realized it was a pharmacy bag where the bottle didn’t fit. I left it. Another moment happened a couple weeks ago – actually, it was after arriving in Tallinn from Riga (in the same bus where I saw ‘All is lost’) –, when in Tallinn’s airport I found a basket full of apples. A sort of symbolic gift the airport was giving away because autumn was beginning. I passed around it a couple times, timidly, and finally, when nobody was watching, I approached the basket and took as many apples as I could and put them in my back-pack because I had no money and no foreseeable date as to when I was going to receive the money from the Mexican Scholarship.

But this all is not as important as the most crucial thing that worried me: this pervasive sadness, this slow, steady sinking. I knew I needed help. I knew I needed to find a psychiatrist and start treating this. But I had no money. A friend lent me money because she felt waiting any longer could be dangerous and a very kind professor called to a psychiatric office to make an appointment.

Today I went to the psychiatrist in the morning. After I left, I felt as if I was finally above water, as if I had finally grasped for some air. While I walked back home, I started thinking I should probably go to a café in the evening, treat myself for a change. Things would be better now.

I arrived at my apartment, opened my email and found the following message:

“I am sad to let you know that although a student with a tuition-waiver scholarship left the program last year, the Office of Academic affairs in not transferring it to another student.

This has to do with the nominal number of students accepted to your program – only when there are less than 10 students with tuition waiver left, will the university transfer the scholarship to another student”.

There is a moment in ‘All is lost’ when ‘Our man’ realizes he has already crossed the shipping lane in the Indian Ocean, meaning the possibility of a ship finding and rescuing him becomes very, very low.

I counted on that scholarship. I told every single person back home that things would get better because I was almost certain I would get that scholarship. I worked so hard and so long. I gave my all. I tried. I never even understood why I didn’t get it to begin with. 10 out of 15 people got it. When I arrived and I saw I didn’t get most of what was spoken about in classes, I thought it was fair. Yeah, sure, I don’t deserve it, I am clearly not cut out for this. But then I realized most of my classmates were equally confused. And moreover, then I realized I could write engaging, thoroughly researched, thought-provoking essays. And what’s more, many professors started commending my work, telling me I could publish if I edited my papers a little. One of my professors, the best one so far and one I would like to consider my friend, told me by the end of the first semester: “You are a leader, and I think this program needs you”. And in spite of all that, I did not get it. There was another person competing for it. My best friend here in Tartu, Mariia, a brilliant girl from Russia who has also had a hard time making ends meet. If she had got it, at least there would be some sort of relief, of joy. But neither her not me got it because of a technicality. And maybe the most insulting part is that they could have told us this since the beginning. Making us sign that application was just like a cruel prank. They kept our hopes up until the very end.

I have no idea how I am going to manage. The Mexican scholarship is barely enough to pay for the tuition, but since I spent two months without money, a good chunk of it is going off to pay debts. I don’t want to ask for any more money because the money I already owe hangs like a heavy cloud above my head.

“13th of July, 4:50 pm. I’m sorry. I know that means little at this point. But I am. I tried. I think you could all agree that I tried. To be true. To be strong. To be kind. To love. To be right. But I wasn’t. And I know you knew this, in each of your ways. And I am sorry. All is lost here, except for soul and body. That is, what’s left of them. And a half day’s rations. It’s inexcusable, really. I know that now. How it could have taken that long to admit that, I’m not sure. But it did. I fought to the end. I am not sure what that is worth, but know that I did. I have always hoped for more for you all. I will miss you. I’m sorry.”

That’s what ‘Our man’ writes in a letter. It’s not a spoiler, it is shown at the very beginning of the movie. That’s how I feel today.

In my first few weeks in Estonia I was jogging every morning. Each day I ran a little bit further away. I started running past the “Welcome to Tartu” sign. And everyday when I passed that sign and kept going I got this freeing feeling. One morning I realized I was running away. I was trying to escape. But I decided to stay and fight. Maybe now, finally, is when I can say I fought but I lost. I can leave now, defeated, but knowing I fought.

So many people have helped me along the way. Friends, family, my girlfriend. In all honesty, I feel I have ran out of steam. I have no fuel left. This is it. This is as far as I could fight. I tried and I think everyone who has seen me can agree that I tried. All is lost here.

But then again, I remembered a quote from the first novel that blew my mind, Hopscotch, by Julio Cortázar: “Nothing is lost if you have the courage to accept that all is lost and that you must start again”.

Though I don’t promise anything.